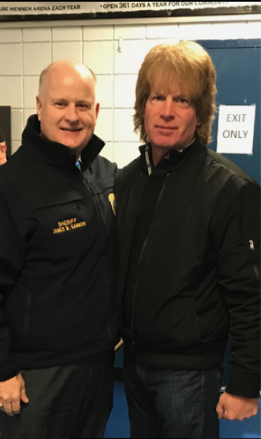 And he’s ‘communicating” the following invitation. “We’re forming a front line between our children and our families, and the dangers of drug and alcohol abuse. Please join us on this front line.”

Gallagher is referring to the New Jersey Coalition for Education and Positive Choices (C4EPC), a two-year-old registered 501c-3 organization of whom he is Founder and Coordinator, and whose vision – To work collaboratively to educate and inform the community-at-large about how to promote a healthy, safe, substance and stigma-free environment which encourages the development of a positive lifestyle for our youth and reduces at-risk teen behavior, and mission – To increase awareness of current trends in the drug epidemic and foster a positive lifestyle for our youth is the primary goal.  One of the intents of the Coalition is to become the Morris County hub to provide and disseminate information to parents, family members and the community, are at the forefront of a huge battle.

The C4EPC was established with educational leaders, law enforcement, municipal leaders, and residents all seeking to unify their prevention efforts and community resources in the Morris County area.

Call it a hub of prevention, care and concern.

Second-hand alcoholism. Ever heard of it? You have now, and it’s not a minor issue.

Visit www.njc4epc.com and the New Jersey Coalition for Education & Positive Choices Facebook page for additional information on what this fine group is doing its best to remedy. 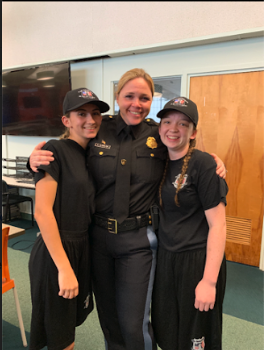 “The most important part of anything, in my opinion, is, ‘Is there a need for it?’ What’s interesting is when I was running for the Board of Education for the first time eleven years ago,” recalls Gallagher, “I was jumping up and down about what the kids should be learning in school. Then when I became a Board of Ed member and took the time to look at the specific curriculum and speak to the curriculum director and some of the teachers, I couldn’t believe the amount of material the children were learning about alcohol, drugs, abusive behavior, and addiction.”

Gallagher, who comes from a family of educators on his side and law enforcement on his wife’s side, received information from both, and was cognizant of the fact that the kids knew a lot as well. There was, however, a problem. “What we discovered was the information was not making it home to the parents. There are conversations at the dinner table about algebra, history, what trip they’re going to go on, how they did on their test, but there are never conversations about a specific drug or alcohol, telltale signs and what it looks like, and the statistics about what grade levels are starting to experiment with drugs and alcohol.”

“The bottom line,” says Gallagher, “is we have a crisis. It’s taking way too many kids, way too many family members. If there’s any area that we can make better, we believe we have identified it. We as a group have assembled a very good coalition of good people, sharp and in the top of their professions.

Also, Gallagher and others recognized that, even if a big-name sports star came and talked about the subject before 300 people, there wasn’t a good ratio of people attending and information being communicated. So, he and his team turned to cell phones and social media. The group distributed a sample product via factoid and realized the amount of hits they were getting.

That was the start of the C4EPC, who are currently addressing the dangers of vaping, which has claimed the lives of four United States citizens, and soon will turn its attention to alcoholism and depression, sure to be a relevant topic with the holidays at the doorstep. However, no matter the topic addressed, the group has its nose sniffing out any and all addictions.

Morris County Sheriff James Gannon, the founder of Hope One, a mobile response van and team which offers on-the-spot aid for those with addictions, is called a “partner” by Gallagher. His method is unique. “James Gannon has done work that nobody in this field has done yet. But what we’re trying to do is keep our children from going to that level.” 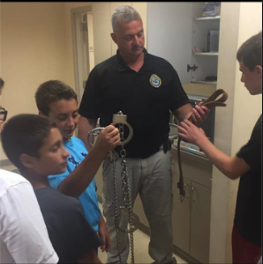 Gallagher, who serves as a Hanover Township Committeeman, believes one key component in keeping kids away from addiction is their variety of talents. “There’s a lot of activities out there. We have in our group martial arts studios, dance studios, gyms, Mennen Arena – we have people who have never skated before and are playing hockey and now are in their third year of playing hockey at the high school – what we try to do is not busy our kids but introduce them to activities they may not ordinarily have been introduced to. If they find an activity that they can make their own and want to make their own, they’re going to then meet people with similar interests and passions, and from there comes real friendships.” And from those friendships also comes self-worth, which turns into strength, and that strength gives the individual the opportunity to walk away from a bad choice. “Everything we’re doing is gearing towards helping people make that right decision. You know what, if you drank a couple of times, you smoked a couple of times, it’s not the end of the world. But we want you to realize that you probably shouldn’t do it, especially at your age.”

“We look at, ‘Where is that impetus?’ and what we could do now to prevent those people from winding up in programs and having brushes with the law. And you know what? Addictions of all kinds are a family disease.”

People call Gallagher motivated. He claims they’re correct: he’s motivated by fear. “Everything can change in one weekend now. Drugs are everywhere, drugs are so addictive, drugs are deadly. Thank God there is enough people that are fed up with just thinking the status quo is okay.”

The Mennen Arena event is a popular one. When it was initially discussed, Gallagher and his team realized there was nothing locally for kids to do during the winter. When school got out, not all kids took part in or attended winter sporting events. First introduced, the idea got a brief thumbs down because nobody ventured out in the winter – supposedly. The group gave it a go. The first couple of events, the attendance grew from 6 to 75, and by the fifth week 125 kids showed up. Now in its fifth year, ten consecutive Friday nights starting in January find the arena filled with kids, with numbers averaging between 225 and 275, all with different events, the biggest being Law Enforcement Night, the last one also attended by over 150 police officers. Soon, Firefighter Night will move to Mennen Arena from other venues it has been held at.

Gallagher recognizes the contributions of Sheriff Gannon, Hanover Township Police Chief Mark Roddy, Superintendent of Hanover Township schools Mike Wasko, East Hanover Mayor Joseph Pannullo, Police Chief Chris Cannizzo, schools Superintendent Natalee Bartlett, Florham Park Mayor Mark Taylor, Police Chief Joseph Orlando, Superintendent Dr. Steve Caponegro, Hanover Park Regional High School Superintendent Maria Carrell, and Lt. Heather Glogolich of the Morris Township Police Department. “What we’re all trying to do,” says Gallagher, “is to fill the void that we feel is being missed. What we said was we were going to create better communication between our school system, our police department and our families.” He also ads, “Everybody in our group is as passionate about this as I am. We know that we’ve got to do more, but it’s got to be good work. There are no heroes in our group. We’re all about the cause and purpose.”

The best way for the public to help is to provide suggestions for activities and share information that concerns them. The website also contains an email for the before mentioned purposes, and  hotline numbers are listed for emergency situations.

“Our group realizes that as much as we’re focusing on our youth, we also have to learn  and exercise concern regarding our parents and seniors,” says Gallagher. “A major group in Morris County reached out to us to discuss some of the work they are doing to help our seniors in areas many of us may not be aware of. After a meeting with a representative from this Morris County group and learning more about some concerns regarding our older loved ones, we decided to work alongside these great people to also better serve and understand our senior population.”

One thing Gallagher wants noted is a current pilot program where the superintendents of four school systems – East Hanover, Hanover Township, Morris Plains, and Florham Park – will share a specific curriculum of what schools are teaching in their classrooms, and the C4EPC will link to the school websites to see what youngsters are learning about drugs and alcohol. “It’s really exciting,” says Gallagher.

The C4EPC wants and needs your involvement.